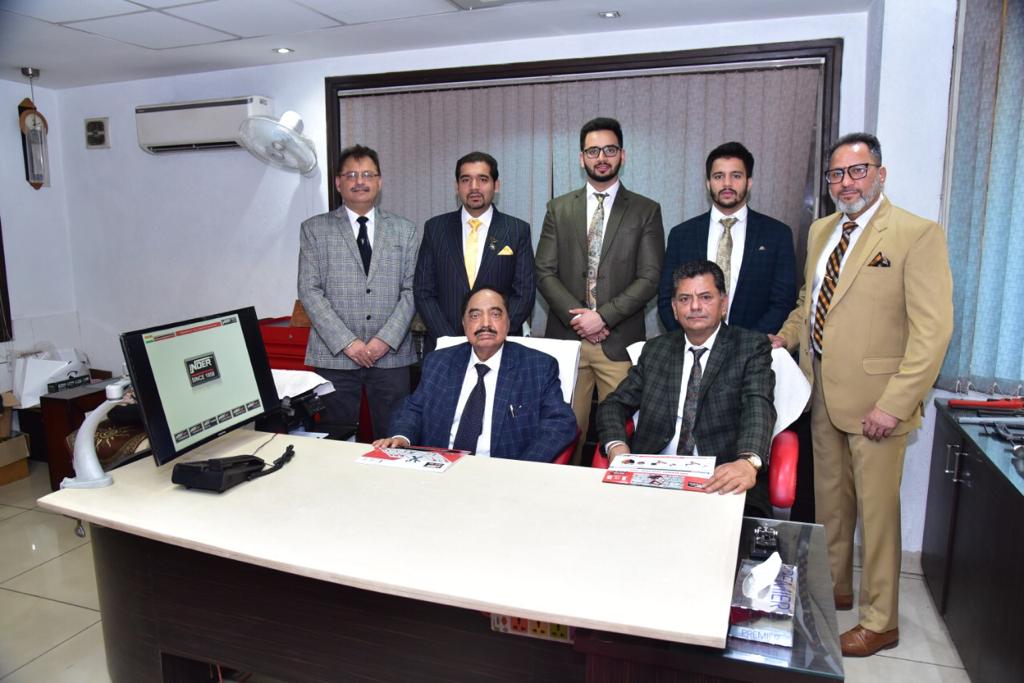 (Sitting from L to R)

(Standing from L To R)

Since 1958 INDER brand tools have become BYWORD in Hand Tools Industry. This Company won a trophy in International Trade Fair held in New Delhi, INDIA 1990, from National Small Industries Corporation for maintaining highest standards of QUALITY AND WORKMANSHIP and Company got bulk orders in IMTEX, UNITECH &AMTEX Exhibition in India.

Our Company has been participating in Cologne Fair, Germany and is exporting goods to U.S.A., U.K. and other countries of Europe, Africa, Asia, Middle East, Russia & Australia. The Company has opened its first European subsidiary office in Denmark & 2nd in Dubai.

“INDER" brand is also famous and well known for quality in each and every nook & corner of India. We supply the goods in all over India besides various Govt. & Semi Govt. Departments we are having Rate contract in most of the Govt. Departments and now our few Products have become ISI marked and CE certified. The Company feels its privilege and is proud of its endeavour in the past, In the manufacturing of pipe tools viz Ratchet Pipe Threader, Pipe Cutters, Hydraulic Pipe Benders, Pipe Wrenches, Chain Wrenches, Under Pressure Drilling & Tapping Machines, G-Clamp, Pipe Vice with stand, Hammers, Spanners, Drain Cleaners & Measuring Tools etc., we hold some account. This has been possible by keeping abreast of developments in mechanical trade and constantly adding to the manufacturing trade and constantly adding to the manufacturing programme of new tools and appliances. Each Product is subject to vigorous quality inspection at each stage of production and tested for performance under extreme working conditions. 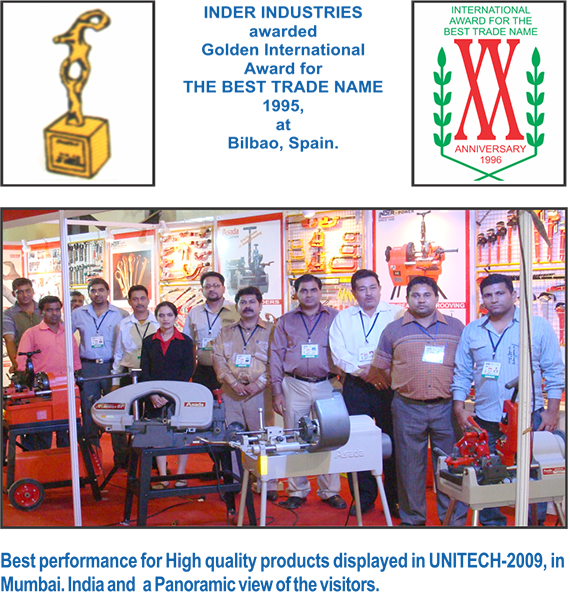 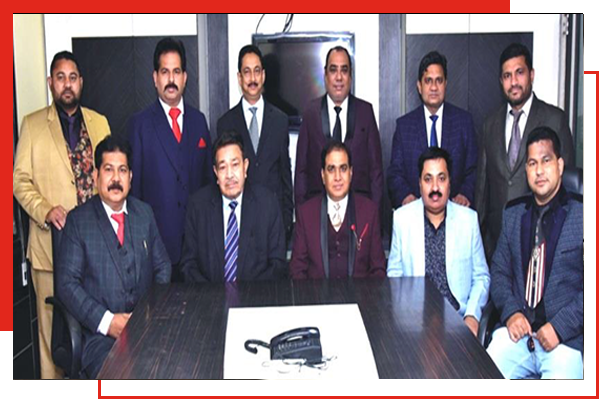 Standing from L to R :

Sitting from L to R :

Copyrights © 2021 All Rights Reserved. Powered by Inder Group of Industries